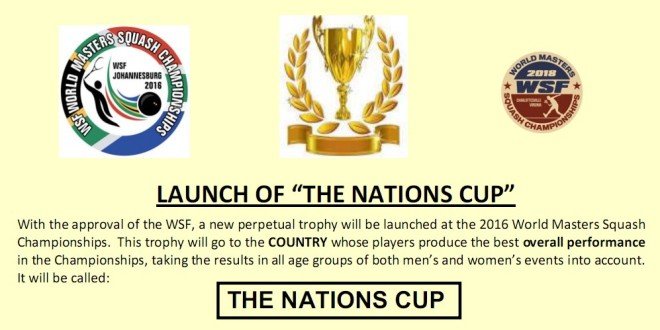 With the approval of the WSF, a new perpetual trophy will be launched at the 2016 World Masters Squash Championships.

This trophy will go to the COUNTRY whose players produce the best overall performance in the Championships, taking the results in all age groups of both men’s and women’s events into account.

It will be called: THE NATIONS CUP

The aim of the Competition is to generate team spirit amongst each country’s players, and to give all entrants – not just medal winners – the chance to achieve for his/her country by reaching the round of last 16 or better in his/her age group. This is a much broader-based measure than simply the Medals Table. 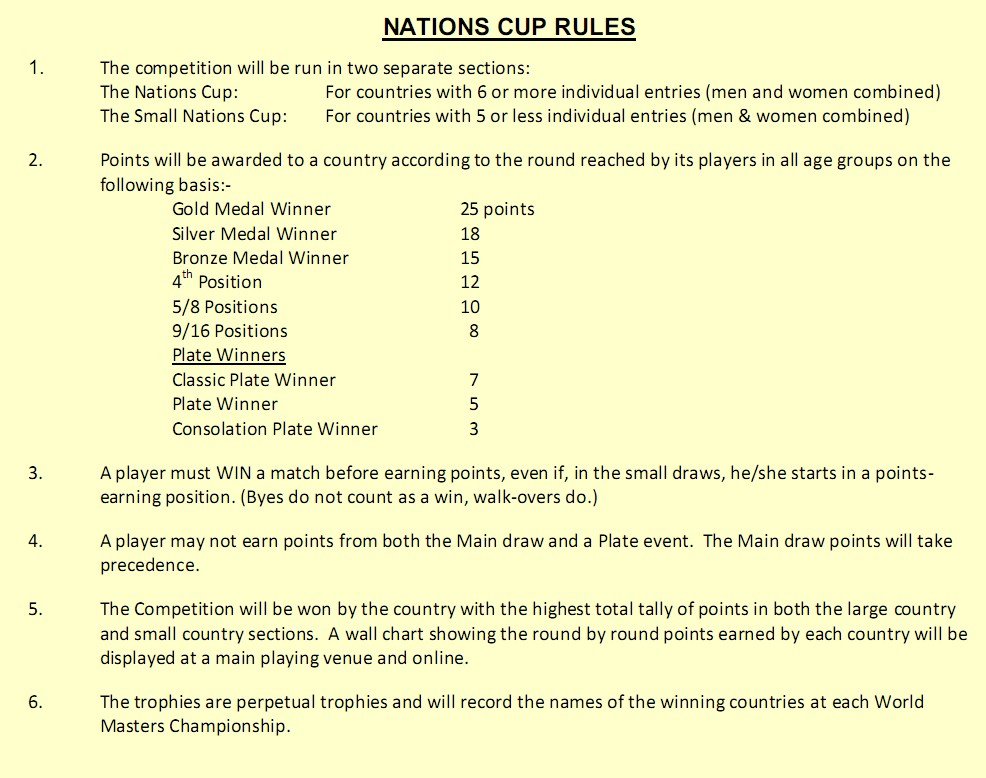 The WSF Masters Sub-Committee hopes that this new Competition will become a coveted trophy of World Masters Championships of the future, and will encourage each country to appoint a “Nations Cup Captain” to keep track of and inform its players of their country’s point count, and to drum up national support for their players when playing vital matches for Nations Cup points, i.e. reaching the Main draw last 16 or better, or winning a Plate event, in their age group.

Previous World Masters 2016 – Newsletter #2
Next Testing out the Tech

The 2016 WSF World Masters saw the introduction of the Nations Cup ...