22-Jun-17: Boar’s Head Sports Club are proud to announce a major expansion to McArthur Squash Centre that will add five additional courts (for a total of 14) in time for WM2018! 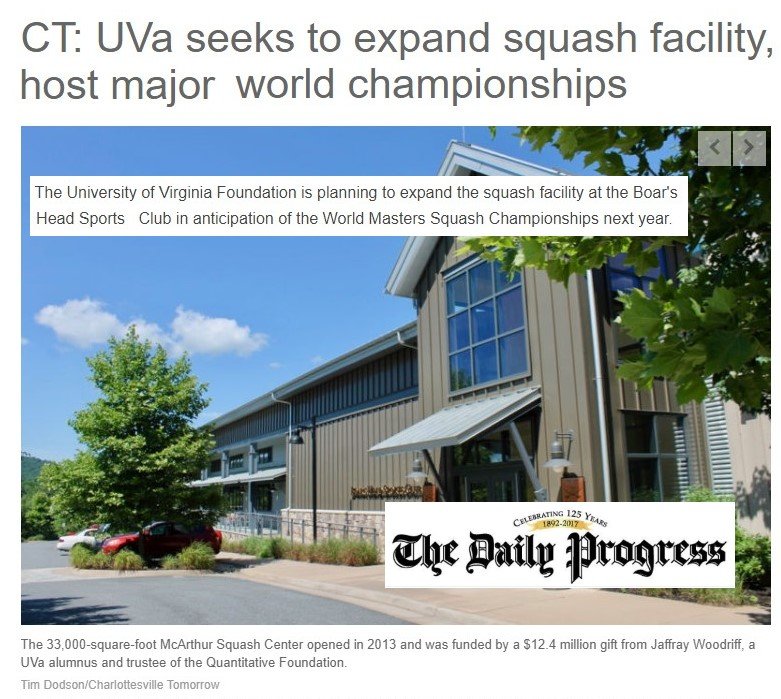 Read the article on The Daily Progress

Every now and then you walk into a place and just go ‘Whoa this is cool!

Honestly McArthur Squash Center at Boar’s Head Sports Club goes way beyond that. At MSC a lot of thought went into the design before the first wheelbarrow of concrete was poured. The venue is divided into 3 pods, with four glass courts near the entrance, the all-glass show court in the middle, and another set of four courts, as well as two doubles courts, positioned at the end of the building.

The mezzanines and varying floor levels are wonderful. Natural light from high windows could have been a problem for the center court but a massive black curtain can be drawn around three sides of the court too. To add polish, the columns are wrapped in wood giving the place a warmth that just doesn’t exist in new places.